For the purpose of parliamentary elections the country has been divided into 13 electoral districts in accordance with the division into provinces. A number of representatives proportional to the number of Finnish citizens residing in the district six months prior to the elections is elected from each district. However, from the electoral district of Åland is always elected one representative.

Well before the elections, the Government decides on the division of parliamentary seats on the electoral districts on the basis of information in the Population Information System. 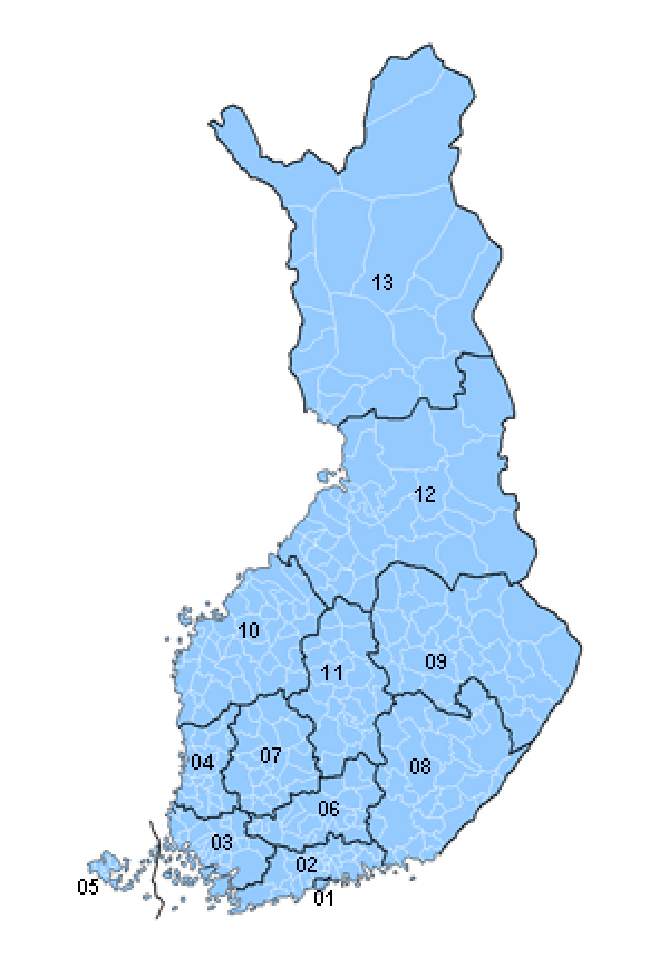