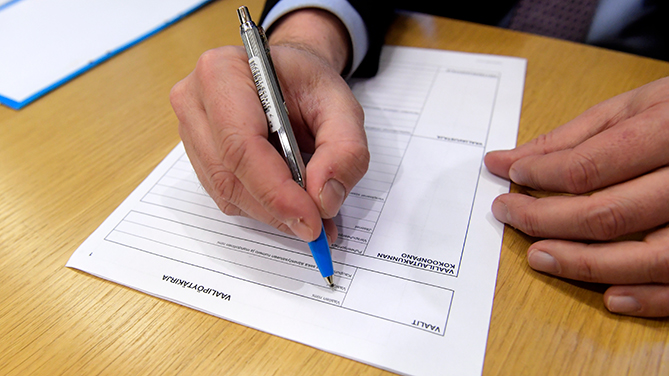 In Finland through general elections are elected

The foundation of the Finnish election legislation was laid at the beginning of the 20th century. In 1906 the Parliament Act and the Election Act of the Grand Duchy of Finland were passed, and the first parliamentary elections in accordance with these were held in 1907. The first act on municipal elections was enacted in 1917. The first President of the Republic of Finland was elected by Parliament in 1919, and in 1922 an act on the election of presidential electors was passed. In 1994 the President was for the first time elected directly by the people in a two-stage election. After Finland had joined the European Union on 1 January 1995, the Act on the Election of Finnish Representatives to the European Parliament was enacted.